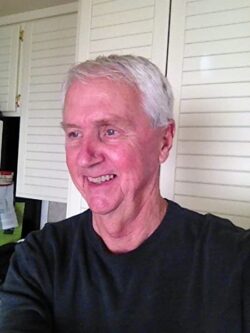 Casey Dorman is the author of fiction, non-fiction and sociopolitical and philosophical essays. He has published more than ten novels. His latest works are shown here. Look up his other fiction and nonfiction using the navigation bar at the top of the page.

Will the Creation of a Superintelligent AI Lead to a Post-Human Race?

Ezekiel’s Brain  is a far-ranging science fiction novel spanning over two-hundred years. Despite its wildly fictitious plot, the novel is based on real neuroscience and the latest advances in AI development. It is reminiscent of classic sci-fi such as that by Isaac Asimov or Arthur C. Clarke, as well as more recent novels such as  Leviathan Wakes, by James A. Corey (the basis for the Expanse TV series), or Robopocalypse by Daniel H. Wilson.  Besides its reliance upon real science, it distinguishes itself by having a strong philosophical focus, making it doubly interesting to intellectually-oriented sci-fi readers, as well as regular sci-fi fans and even gamers.  Read more…