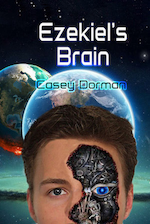 I was surprised when my publisher categorized my novel, Ezekiel’s Brain, as “Dystopian fiction” on Amazon. Still, it’s a category of fiction without many books in it, and Ezekiel’ Brain has been more highly rated in that category than in most others. I suppose that a novel that has the entire human race being wiped out by a virus distributed by a superintelligent AI is dystopian. When I think of dystopian science fiction, I think of the film Blade Runner, whose Asian-style street vendors amidst a constant drizzle of rain and a populace who resembled some combination of the Mafia and today’s homeless, has become the hallmark of dystopian films. Those films and several novels have shaped our view of dystopia so that it encompasses poverty for the masses, minimal law and order, semi-random terrorism, and a wealthy class who control the economy and means of production and live in isolated communities protected by armed guards. 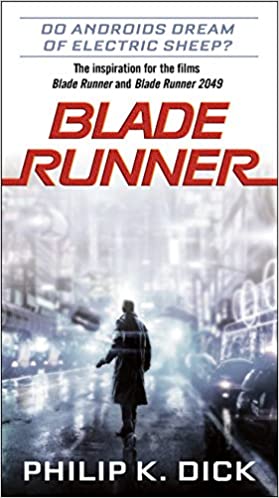 Are we there yet?

Today is not the future, but the future has become today.  Unexplained, random mass shootings are now the norm, and armed street violence has become routine in our cities. It’s nearly impossible for neighborhoods to get together to celebrate anything without someone getting shot. Just this last week, in my community we had a series of deadly 7-Eleven armed robberies, and Knott’s Berry Farm was shut down because of teen violence. This is in suburban LA and Orange Counties. Meanwhile, the Coronavirus continues to infect increasing numbers of people, and most county governments have given up on mandating health procedures, such as indoor masking, because no one follows the order, and the local law enforcement refuse to enforce it, even when it’s a law. Gasoline costs around $6.00 per gallon, A drive-through fast-food burger, fries and coke can cost $10.00, and home prices and rents are prohibitive for anyone except those in the upper-middle class. Homeless numbers are growing. Those who own their home and want to protect their property values oppose re-zoning so that 75% of the land in most of our cities is zoned for single-family homes only, and new building projects that would provide low-income housing are opposed by those who are afraid their neighborhoods will be inundated with undesirables who will molest their children, abuse drugs, or are simply the wrong color, and will lower property values.  More and more citizens feel the need to walk the streets armed in order to protect themselves.

How do we get out of it? Science fiction and human history can be helpful in showing us some of the ways we might try to make things right and some of the ways that people have chosen in the past (think of the French under Lous XVI and the Russians under Tsar Nicholas). Most of the fiction and the historical solutions have involved blood baths. We can learn from them. 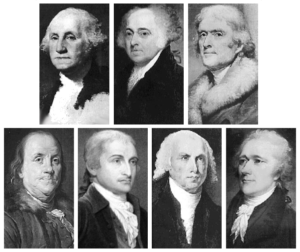 Our Colonial forefathers thought they lived in a dystopian society, and they chose to rebel, but they recognized that rebellion, by itself, was a path to chaos. They framed a constitutional way of addressing grievances and pursuing change that kept society within the limits of laws, kept order, and ensured that the republic they created wouldn’t fall apart when it encountered its own faults.  What they did is not something you’ll see in many science fiction novels. It’s not exciting enough. It’s based on sober thinking within a circumscribed framework. The difference between them and the science fiction writers as well as between them and the most vocal rabble-rousers on both the conservative and liberal sides is that our country’s fathers didn’t have a dystopian view of human nature or of humans’ ability to create a livable society. They were children of the enlightenment. Humans and their rationality were placed at the apex of the forces that shaped the present and the future. It was a bold act of faith from men who, in many cases, didn’t subscribe to any typical religious faith. Most of them believed in providence of some sort and all of them believed in their fellow human beings.

I write dystopian fiction, but I don’t believe in a dystopian future. Our present frightens and worries me, but I have faith that, as rational, well-meaning humans, we can overcome those forces that are destroying our society. I’ll continue to speculate about how to seek utopia in the future, and I’ll put some of my ideas in my fiction. But I don’t want the utopia to only occur fictionally while I live in a society that has lost its way. Most of us know what is right. We also know the human qualities that lead us astray: greed, prejudice, self-righteousness, nationalism, ethnocentrism, clan loyalty, the celebration of violence as a way of solving problems. Those things run amok in science fiction and now they threaten to run amok in our real lives.  It’s up to us to fight them and provide an alternative. We don’t have to make it science fiction or to think of it as fiction at all. We can make it real if we really want it to happen.

1 thought on “Are We Living In A Dystopian Society?”