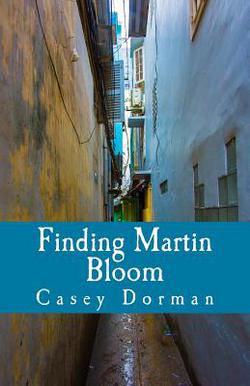 I’m always writing a book. Well, not writing, actually, but working on a book anyway. Right now, I’m doing research on my next novel, which is a sci-fi novel related to artificial intelligence, space travel, and ecology. Since it’s supposed to be “hard science fiction,” meaning containing real science or at least speculation based on real science, I have to refresh my knowledge in a lot of scientific and technical areas, even though the heart of the book will be the plot and the relationships between the characters.

I find writing fun. It absorbs me, particularly when I’m doing the writing, instead of preparing to write, as I am while I’m conducting my research. I like stringing words together in sentences that are pleasing to the ear. I like developing quirky characters, and I like raising interesting questions and offering speculative answers to them.

I like reading as well as writing, perhaps more, even. While I read both fiction and nonfiction, I enjoy fiction more, particularly well-written fiction with unique characters or characters. I love mysteries, hard-boiled detectives, original science fiction and almost anything that is beautifully written. I re-read Henry James, 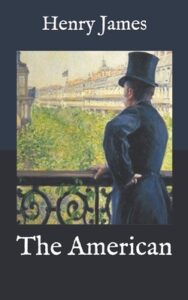 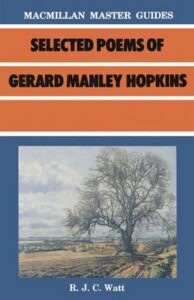 and Theodore Roethke are pure pleasures to read, as are playwrights such as Eugene O’Neil, Tennessee Williams, David Mamet, Jean Paul Sartre, and a whole handful of ancient Greeks. In science fiction, Philip K. Dick is head and shoulders above most others, mostly because he makes me think. A new author, Arkady Martine has captured my recent interest through her ability to shape memorable characters and imaginative plots. Right now, anything new by William Boyd or Panayotis Cacoyannis, both literary authors, is like a breath of fresh air and I’ll immerse myself in it in a minute, no matter what else is going on in my life. 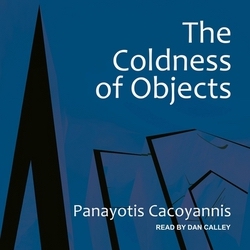 I  don’t know why enjoying someone else’s writing kindles my urge to write, but I know that when I do put words on paper, I’m hoping they give the same sense of pleasure to me that reading any of the above authors does. Perhaps the most reliably pleasurable writer I’ve ever read is Raymond Chandler, whose simplicity of style, originality in use of words, and whose character, Philip Marlowe who, in his bravura, is mockingly self-conscious, made we want to write hard-boiled mysteries. I pursued that avenue for several novels, notably, Pink Carnation, Murder In Nirvana, and Appointment in Mykonos. When I wanted to inject a little more cerebrality into my writing, I wrote I, Carlos, about a man taken over by the computer chip implanted in his brain, and The Oedipus Murders, about a psychiatrist with amnesia who becomes a suspect in the murder of his client’s wife. I also wrote Prisoner’s Dilemma: The Deadliest Game, a Cold War thriller based on real events that led to our almost using an atomic bomb against the Soviet Union.

All of the above were what are called genre novels: mysteries or thrillers that are easily compared to the classics of their genre, which I tried to emulate. At some point, I decided that I loved literary writing enough to try my hand at it. Unquity, was my first attempt and I more or less aped William Boyd’s style, particularly using words that required wither a voluminous vocabulary or a dictionary to decipher. It wasn’t bad but wasn’t good either. A second attempt was inspired by Marisha Peschl’s Special Topics in Calamity Physics, 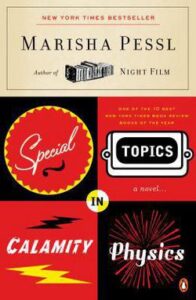 which has a central character who is both super bright and fiercely independent and with as tough an exterior as Chandler’s Marlowe, while being internally vulnerable. I made up a central character who is a young woman with similar qualities and a wicked and biting sense of humor and tried to write her story using a literary style. The result, Finding Martin Bloom, may be my best written story so far.

I’ve always been intrigued by science fiction. In my early teens I was a member of the Science Fiction Book Club and received from 2-4 hardback new books every month in the mail. I even had the unforgettable experience of meeting and spending part of an afternoon with the legendary Arthur C. Clarke when I was about 13 and he visited our town to give a talk. I stopped reading sci-fi for most of my adult years, but, beginning a few years ago, I was bursting with enough new ideas, some social and political, many of them philosophical, that I turned back science fiction as genre in which I might express this more intellectual side of me. I wrote a sci-fi novel, The Peacemaker, as a way of voicing a philosophy of nonviolence (I also wrote Where Have all the Young Men Gone and 2020 as two more politically oriented novels expressing the same theme around the same time). As I immersed myself more in artificial intelligence, a field that reflects cognitive- and neuro-sciences, two fields in which my academic research on brain injury led me to publish scholarly research articles and to teach university courses., I decided that science fiction offered a perfect platform for me to express some of my theory and philosophy on the topic. I wrote Ezekiel’s Brain, which is about a human brain that is copied as an AI and about a future with only AIs populating our solar system. I was lucky enough to find a publisher who not only wanted Ezekiel’s Brain, but wanted a series based on the same character and ideas. I finished the next novel in the series, which will be called Prime Directive (an idea taken from Star Trek) and I’m working on the third one, but still in the research stage before I begin writing. I may have finally found a genre that satisfies enough of my writing needs to stick with it… at least for a while.

Everybody who writes does so for different reasons, and I have multiple reasons, as most writers probably do. I’ve been retired for almost 13 years and writing has kept me busy and mentally occupied enough to not miss working and not be bored. It’s really great fun and I hope I’ve provided some readers with enjoyment. But even if I haven’t, I’ll keep writing. 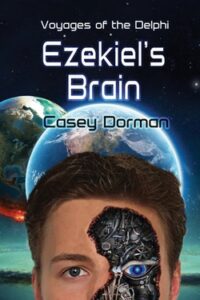