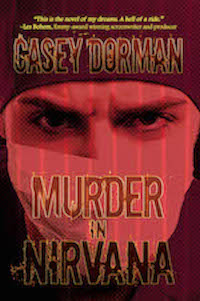 As a clinician, I’ve had many fascinating cases over the years. One teenage  boy had one-half of his brain removed as a child and grew up normally, except he had an exceptional Rain-man like ability to calculate calendar dates well into the future or past. He could tell you what day of the week a date fell on, 50 years in the future or 50 years in the past. It turned out he could visualize the whole year’s calendar in his mind at one time, then simply calculated forward or backward, correcting for leap years. Amazing.

Another interesting person was a young, college educated woman, with multiple sclerosis, who had suffered a stroke and had difficulty reading. It  turned out she could read the meaning of words but not the actual word. She read “army” as “navy,” “sailor” as “Popeye” “film” as “movie.” She had “deep dyslexia” in which the ability to sound out a word  was damaged, but a second, meaning-based route remained intact, so she read the word’s meaning, rather than its sound. Cases such as hers established that we don’t read a word first, then access it meaning, we access how to pronounce it and what it means simultaneously.

Perhaps the most interesting person, and in many ways the most tragic, was a teenage boy who had Lesch-Nyhan Syndrome. This syndrome, which is based on a gene mutation and is inherited as an X-linked recessive disorder, causes an overproduction of uric acid and a variety of medical symptoms, but most dramatically, pervasive self-injury and aggression. The boy I knew was a loveable young man in a wheelchair (most boys with this disorder cannot walk), who had chewed off many of his own fingers, battered his nose by head-banging, so it was only scar tissue, and had attempted to chew off his own lips. If anyone came near him, which he encouraged them to do by asking them to come close so he could talk to them, he either kicked them, bit them, spit on them, or swore at them with outrageous profanity. He immediately apologized for such behavior, which was clearly beyond his control. When I gave him a Rorschach test and a test in which he made up stories, his imagery was replete with violent aggression. But he was a truly loveable young man. He didn’t want to hurt anyone, not even himself. His arms were held away from his body with plastic braces so he couldn’t  put his fingers in his mouth. His front teeth had been removed so he wouldn’t bite off his own lips. He was terrified of himself. He wanted friends, but he had none, although he had loving family. There is no cure for this disorder, but strict behavior modification in which the aggressive behavior is completely ignored, lessens it to the point that, in the case of this  young man’s life, he was able to take a date to the senior prom at the school for handicapped children, which he attended.

Because this boy’s aggression was generalized to both himself and others and extended from overt behaviors such as biting, kicking and swearing to even his fantasies expressed on psychological tests, he represented a strong case for there being a biological source for pure aggression that was more basic than the psychological motives we usually use to explain it (remember, he didn’t want to hurt himself or anyone else). I wondered what would happen if such a biological source could be identified, isolated, and manipulated. What if one could find a way to neutralize it? Would it be a way to make aggressive individuals docile? I explored the question with several biologists and geneticists whom I knew, but none had an answer nor a way to find out. I decided to explore the possibilities in my imagination. The result is Murder in Nirvana, a novel I published in 2015. In an idyllic California town (modeled on Ojai), a power-hungry geneticist is determined to find a cure for the state’s most psychopathic delinquents, who are in her charge. By studying Lesch-Nyhan disorder, she thinks she’s found a cure for their aggression, but what looks promising, becomes disastrous. Only the efforts of a jaded and cynical ex-cop turned lawyer, are able to reveal what she is doing beneath the Gothic towers of her Yearling Foundation, and then only after a string of horrific murders shatters the peaceful hamlet.

This was a book I had immense fun writing. The main character is my version of Sam Spade or Philip Marlowe, and the setting is an exotic village modeled after the  town where the Indian philosopher Krishnamurti resided and established a school. It’s a mystery, a horror story, and a science fiction novel, all rolled into one. And as a teaser, how many of you can guess who the novel’s villain, the power-hungry scientist, “Francine Stein,” is named after?

“Murder in Nirvana pulls Brian McGowan out of self-imposed retirement and casts him deep into a series of grotesque murders requiring all the mental skill, physical stamina, and grit-glib exchanges he can deliver.” R.A. Morean, President, Antioch Writers’ Workshop.

“This is the novel of my dreams. A hell of a ride.” Les Bohem, Emmy award winning screenwriter and producer.

For your free Kindle edition of Murder in Nirvana, click HERE.  THE FREE OFFER ENDS 9/20/20 AT MIDNIGHT EDT.