A lot of people have the dream of becoming a writer. With print-on-demand paperbacks, ebooks, and the exploding opportunities for self-publishing available, more and more people are able to realize this dream. Sometimes I fear we may have more writers than readers, but that’s probably OK. I’m not one of those who bemoans the increased opportunities to publish one’s work. It brings many new voices into the world of literature, it expands the variety of offerings, it has lowered the cost of books, especially with the advent of ebooks, it has given birth to writers groups, where those who write can get together to write at the same time, or to critique each others’ work, or just to talk about writing, and most of all it has fulfilled the dreams of a lot of us. 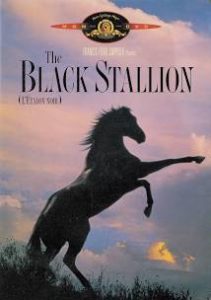 My dream of writing flowed directly from my love of reading. I grew up in a family where my mother and sister read novels constantly; my father and brother read mostly nonfiction. I read novels, except when I was an adult and read books and papers on psychology and neuroscience, which were my fields of study and work. But fiction was my favorite, plus a smattering of poetry. As a kid, I read Walter Farley’s Black Stallion books as soon as each one came out. By seventh grade, I had discovered science fiction. I joined the Science Fiction Book Club and received new books each month throughout my junior high and early high school years. It was then that I began thinking of writing, and, because I also read the pulp scifi magazines, I tried writing short scifi stories. I wrote a few, but never had the courage to send them in to a magazine. By high school, I’d discovered  that I liked some of the classics. When I read Romaine Rolland’s monumental Jean Christolphe, I was completely hooked. I dreamt of writing as well  as Rolland, but was too intimidated even to try. The next book I picked up, the even longer, seven volume, Remembrance of Things Past, by Marcel Proust, intimidated 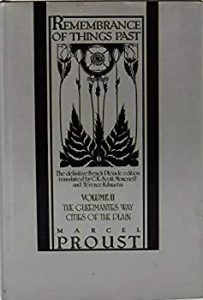 me even more, but whetted my now feverish search for writing whose very style inspired me. I  soon discovered Ernest Hemingway, Saul Bellow, E.M. Forster, Thomas Hardy, and my two favorites, Henry James and Thomas Wolfe.

University brought me Shakespeare and Poetry. I had New York’s most famous mayor, Fiorello LaGuardia’s, son as my Shakespeare professor and developed a love for the bard’s plays that lasts to this day. I don’t remember my poetry professor, but whoever he was, he has a special place in my heart for introducing me to T.S. Eliot, W. B. Yeats, Gerard Manley Hopkins and Dylan Thomas. And college years brought me Lawrence Durrell,  J.D Salinger, William Faulkner, John Hawkes, Thomas Pynchon and many others. I began to write, publishing my first short story in my college literary magazine.

A busy professional career filled with publishing academic papers and books, almost robbed me of fiction, except that, because they were quick reads, I began reading detective mysteries and became a great fan of Raymond Chandler, Dashiell Hammett, and Robert B. Parker. I also got addicted to John Le Carre’s spy novels. When I finally began to write again myself, I tried to emulate Chandler and Parker, with a little of LeCarre thrown in.

I’m retired now and back to reading great literature along with detective novels and scifi. A few years ago, when I was helping my niece in high school AP lit classes (English was not her first language), I began again reading or re- 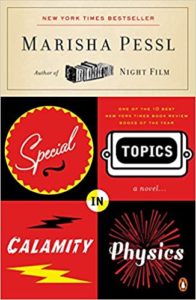 reading some modern classics, including Salinger, James Joyce, Cormac McCarthy, and  Gabriel García Márquez, plus Shakespeare, and felt once more, through my niece’s experience, the thrill of discovering literature. I wanted to capture that feeling. I’d just finished reading Special Topics in Calamity Physics, by Marisha Pessl, which featured, as a main character, the most witty, sarcastic and intelligent young woman I’d run into in my reading, and I wanted to capture that quality in a young woman who discovered literature.

I wrote Finding Martin Bloom, which borrowed the title character’s last name from James Joyce’s Ulysses, and captured the rebelliousness, cynicism, and wit of Pessl’s character by having a late-teen main character  who hates school and teachers, but can’t stop herself from falling in love with books. Then she finds out that the father she presumed was dead and whom her mother had taught her to hate, was a famous writer, one she loved to read, but was lost to the world, off in an alcoholic fog in—of all places—Vietnam (it helped that I had made several trips to visit my wife’s family in Saigon).  My hope was that numerous rebellious teens, who hated everything about learning, would love the book, get hooked on reading and their lives would be changed forever. 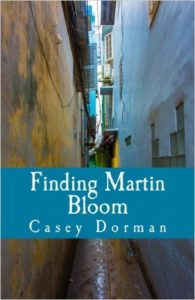 I don’t think I realized my ambition for Finding Martin Bloom, but it’s a book I loved to write and which I even love to read, myself. The main character, Dillon Bloom, is memorable, as is her alcoholic father. She has a real adventure tracking her father down and learns a lot about herself and the world in the process. I think anyone who remembers what it was like to get captured by literature will love the book and the character. And it’s got some memorable lines, including the sentence that begins the book, “Mom dropped dead the day I graduated from high school.” Go ahead and get it. It’s available as a paperback or Kindle ebook, and you’ll love it. I guarantee it.