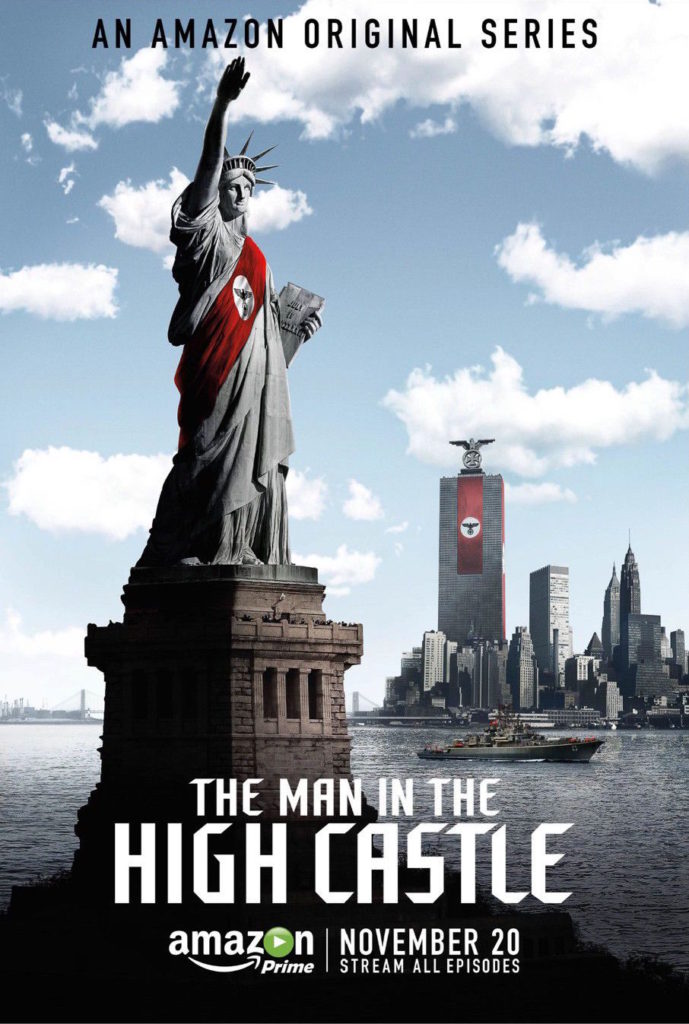 I’m not sure which of Philip K. Dick’s novels I read first. I suspect it was The Man in the High Castle, but I was heavily influenced by most of them, especially Valis, Radio Free Albemuth, and Do Androids Dream of Electric Sheep. While the plots of Dick’s novels vary widely, they share many elements: alternate realities, characters (and sometimes narrators) with shifting identities, unstable and fluid memories, god-like characters or forces, which may or may not be real and are located somewhere in space, tyrannical leaders, who are almost comically paranoid and employ ubiquitous forces of repression. Reportedly, some of these elements reflect Dick’s own personal revelations, based either on drug experiences or mental instability (something many of those close to him vehemently deny). There is enough use of symbolism related to Gnosticism, Greek philosophy, Zoroastrianism, Buddhism, the Bible, and even Freud to keep the new-age spiritualist going for years, and the literary critic busy searching for references. Science fiction luminary, Kim Stanley Robinson gained a Ph.D. in English Literature writing a dissertation on Dick’s novels.

Whatever their source, Dick’s stories are consciousness-expanding for their readers. He is a more tightly controlled David Foster Wallace, with a more fertile imagination. His plots can be followed, but not predicted. Earnestness sits comfortably alongside humor in a Vonnegut-ish way. And the speed is breathtaking, with occasional digressions into obscurities that often leave the reader puzzled.

Many of Dick’s novels could take place now. Several take place in the recent past. They are not dependent upon a future context to make them believable, even when the limits of reality are stretched. He moves into the future by providing a confusing and sometimes frightening present, based on an alternate past. The most dramatic example of this is, The Man in the High Castle, which alters the outcome of World War II, to create a United States controlled by Nazis and Japanese, while the familiar America,  with the Allies winning the war, continues to exist somewhere. Even more appealing to me was his use of people and events from recent history, tweaked enough to be different, but not without keeping sufficient resemblance to be able to identify where they came from. The character Ferris F. Fremont, U.S. president in both Radio Free Albemuth and Valis, is an example. Fremont is Richard Nixon, taken to his paranoid, comical, and ominous extreme (Fremont has since been compared to Donald Trump). America, in Valis and Radio Free Albemuth, is partially based on taking Fremont’s paranoid conspiracies as truth and building a repressive society around them.

Dick’s alternate reality, his exaggeration of his own, but probably many others’, paranoid fears into a fictional reality, inspired my own writing. Not to mention that I had recently read Philip Roth’s The Plot Against America, which, in its description of an alternate, anti-Semitic, Nazi-sympathetic, American history, could have been a Dick novel, except for its more straightforward plot and lack of the zany and supernatural aspects of Dick’s writing. In my mind, the post 9-11 world had become a nightmare of cultural reaction and government policy based on paranoid conspiracy theories, laced with religious zeal, and was ruining our country in a mindless, and frenzied patriotism and ethnocentrism. It was Ferris F. Fremont’s dream. I took my own fears and fantasies and built a world, which I felt only slightly altered reality, headed down the same destructive path America was on, and put at its helm, President Fremont, F. Ferris, a deliberate inversion of the name so Philip K. Dick fans would notice the allusion to his novels. The result was a book I called Morality Book 1: Where Have All the Young Men Gone? It was to be the first in a series.

Where Have All the Young Men Gone? actually was the first in a series of three book, the second, being The Peacemaker, which I told you about last week. The theme of all three books was nonviolence, but otherwise the first two differed completely, one being an alternate history and present, the other being a science fiction novel taking place on a distant, alien world. In the third book, 2020, I came back to the United States and resumed the story of President Fremont Ferris as well as the other characters from Where Have All the Young Men Gone? as they struggle to overcome the repression that is fast enveloping America. 2020 is, not coincidentally, the year of our next presidential election, and part of the plot is the effort of president Ferris to postpone the election so he can remain in power. Sometimes reality comes full circle to mimic fiction.

Both Morality Book 1: Where Have All the Young Men Gone? and 2020 are homages to Philip K. Dick. I’m offering both for free as Kindle books for the next two days. The links are below

Morality Book 1: Where Have All the Young Men Gone on Amazon