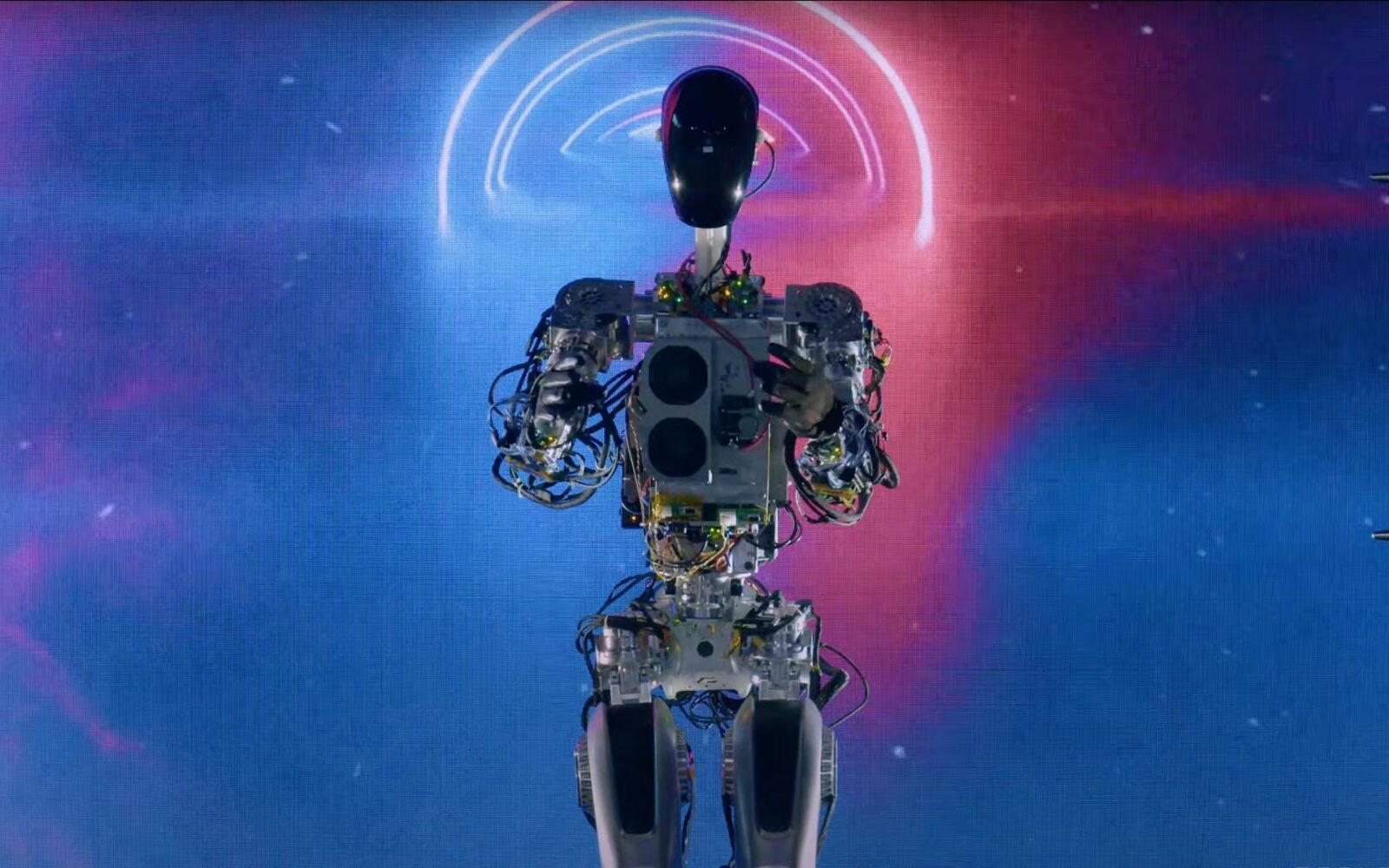 This week, Elon Musk unveiled, “Optimus,” Tesla’s humanoid robot. Most of the demonstration of Optimus’ abilities was via videos of his performance in laboratory conditions. Live, on stage, he merely stood still and waved his arms. Musk joked that he didn’t want the robot to do anything more in front of the audience because he might “fall on his face.” Perhaps the most impressive thing about the robot was that it had a human-like, five-fingered hand and a human-shaped head, so, except for the metal and wires, it did resemble a human. The other impressive feature was Musk’s claim that it would sell for a mere $20,000.

Many futurists envision an industrial world in which robots replace humans doing routine work, work that requires high accuracy, speed, or great strength, and little creativity, although AI-generated art and narrative are becoming a standard part of business. While we don’t think of it as a robot, our self-checkout at the grocery store is similar to robotics in that the machine does what a human used to do. This can improve efficiency and cut costs for a wide variety of businesses, but it comes with a potential downside: unlike humans, robots don’t pay taxes, and every time we replace a human with a robot, we lose the tax contribution that that human made.

Several people, including no less than Bill Gates, have proposed that robots who replace humans be taxed to make up for the tax shortfall that comes with the human they replaced no longer receiving a wage. Swiss business law professor Xavier Oberson has written a well-researched book on the topic. The argument in favor is that, with an aging population and low birthrates in virtually all developed countries, a situation that produces fewer young workers, if we exacerbate the problem by replacing the young workers with robots, we will be unable to afford the social and health programs necessary to maintain the older population. Governments will go broke. The counter argument is two-fold: taxing robots will stifle the application of an innovative, cost-efficient, quality-improving development in industry, and numerous studies have shown that adding robots to most industries gives them a boost Commons results in hiring more people, not less.

I don’t believe that taxing robots will stifle their use, since paying a payroll tax on a robot worker without having to pay a wage, still saves tons of money once the cost of the robot is paid off. I also don’t think that future use of even more capable robots will necessarily result in hiring more human workers unless it is accompanied by a massive retraining of workers to do other kinds of jobs not easily done by a robot (e.g., those involving human relations, or multi-tasking across different arenas of work).

If robots are taxed, how would that be done? I propose that we develop a metric called “humanpower,” similar to horsepower, which measures the output of a robot in terms of how many humans it would take to do what it is doing.  This may be a number that comes with the robot, but more practically, it should be one that reflects the job the robot is doing, so the same robot may work at 1- humanpower doing one kind of job and 3-humanpower doing a different kind of job. We then apply the human wage scale to the robot’s work and determine the tax it would pay for whichever job it does. The employer then pays that tax to the government. The cost of purchasing the robot and maintaining it would be a tax deduction so that during the first months or even years of the robot’s use the tax liability of the employer may be offset by the deduction. This would be an incentive for employers to use robots.

My scheme probably has many loopholes, but some variety of it or an equally effective scheme could easily be devised that would apply to industrial robots, robots for home use (e.g., housekeeping, caretaking of ill or elderly), and office robots. The point is, that, by using some method of taxing robots, it is not inevitable that their use will negatively impact the tax revenues within jurisdictions that use them.