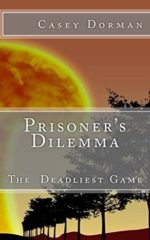 There is a thin line between alternate history novels and science fiction. Both clearly belong in the category of speculative fiction and at least three that I can think of, Michael Chabon’s The Yiddish Policemen’s Union, Kim Stanley Robinson’s The Years of Rice and Salt, and Philip K. Dick’s The Man in the High Castle, were nominated for or won the Hugo Award for best science fiction novel of the year. Philip Roth’s The Plot Against America was a finalist for the John W. Campbell Memorial Award for Best Science Fiction and won the James Fenimore Cooper Prize for Best Historical Novel.

Alternative history novels tend to be “what if?” novels. What if, the Germans and Japanese won WWII and split America into two colonies, one dominated by each of them? What if the Black Plague had wiped out not between 25% and 50% of humankind, but 99%? What if Charles Lindbergh had become U.S. President, and America aligned itself with Germany in WWII? What if America had given sanctuary to European Jews during Hitler’s reign and had given them refuge in Alaska instead of allowing them to die in the Holocaust?

The Cold War, particularly in its early years when the Soviet Union and the United States were transitioning from allies to enemies and all sorts of questions were being considered in terms of how much scientific information should be shared or kept secret, was a time of national paranoia. Much of the scientific community, which in America and Western Europe, had come together to build an atomic bomb, were frightened and some were feeling guilty for their awesome accomplishment, which had killed perhaps 200,000 civilians in Japan. At the same time, The Soviet Union was building its own bomb, based on plans stolen from the Los Alamos labs where the U.S. bomb was developed. In 1949, when the Soviets exploded their first atomic bomb, it was years ahead of what anyone in the West had predicted. The race was on to develop an even more powerful weapon–the hydrogen bomb. And to find out who had leaked the information to the Soviets.

In America, half of the atomic scientists didn’t want to develop any more bombs. The other half were suspicious of their motives and even called them traitors because they favored both the U.S. and the Soviet Union sharing atomic information. In Russia, Andre Sakharov was given the task of building a hydrogen bomb bigger and sooner than the Americans. Meanwhile, crossing the lines between politics and science, John von Neumann, the originator of game theory, inventor of the digital computer, predicted that whoever achieved a hydrogen bomb first, would use it on the other. Experiments in game theory, carried out at the Rand Corporation, using the Prisoner’s Dilemma scenario, had proven it.

I’ve taken this loaded situation and explored all the real history behind the dramatic events that happened in America, largely behind the scenes, in the period 1949-50. I’ve searched through history books, eyewitness accounts and recently declassified documents to put together what happened when the U.S. came dangerously close to initiating a preventive nuclear war with the Soviet Union. All that is history. But I’ve added more. It’s the alternative history part. John von Neumann really did say, in reference to when should we launch a preemptive nuclear strike on Russia, “If you say why not bomb them tomorrow, I say why not today? If you say today at 5 o’clock, I say why not one o’clock?” He was on the U.S. Atomic Energy Commission at the time. But what if von Neumann was able to persuade not just a handful of senators and congressmen to follow him, but key figures in the military, such as our first Secretary of Defense, James Forrestal, or the Chief of Staff of the Air Force General Curtis LeMay (“we should bomb Vietnam back to the stone age,” and “there are no innocent civilians, so it doesn’t bother me so much to be killing innocent bystanders.”)? It could have happened, and I’ve written a novel in which it does happen.

I wrote this book in 2013, but the story is as fresh as it was when I wrote it. I call it Prisoner’s Dilemma: The Deadliest Game, and I’m offering it free this weekend, through October 12. IIf you love history or if you love science fiction, I think you’ll love it.

Prisoner’s Dilemma: The Deadliest Game is available for FREE HERE