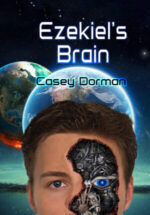 Some books have the power to generate iconic images of the future. Aldous Huxley’s Brave New World, for instance, with its people controlled by a protective and paternalistic group of government Controllers, and the use of Soma, a pacifying drug, has become a meme for the future. Conflict, birth, and pain are all removed from society, but so are art, science and religion. People are confined to castes from the time they are born, with some living a pleasure-oriented life and others destined to do the society’s menial work without complaint. For the developed world, at least prior to the pandemic, a society in which anxiety, depression, and pain are softened by drugs that are constantly being advertised on television, where people’s attention is only captured by 240 character Tweets, where science is something learned from pseudo-scientists on YouTube videos, where, despite climate change threatening the planet, people are happiest when they can buy high-emission SUVs that are so large only an extended polygamous family could possibly occupy every seat, where anyone caught sitting home reading instead of “working out” at ubiquitous gyms, is labeled foolish, and where communication must “grab” you, preferably with a startling visual image and not last more than 60 seconds, the specter of Brave New World is perhaps applicable.

In contrast to Brave New World, George Orwell’s 1984 portrays an equally controlling governmentally organized society, but this time the control is exercised by fear and misinformation. ““Newspeak” tells us that “War is Peace, Freedom is Slavery, Ignorance is Strength?”  and “Big Brother,” which has become a synonym for intrusive government surveillance in the name of protecting all of our security, watches everything that we do. The penalty for challenging the system is torture, the goal of which is to force someone to inform on their friends and colleagues in order to gain information about underground movements to challenge the government.

The worlds envisioned by Huxley and Orwell are not mutually exclusive. Both are characterized by citizens who are not fully aware of how limited and misshapen their lives are, because they are not allowed to see any alternatives. And in both, the control is pervasive and disguised as something in the citizens’ best interests. Both novels are social commentary more than science fiction, and each contains enough elements of our current society, although they were written decades ago, to arouse our fear that they are coming true.

Philip K. Dick was another architect of a dystopian future. Dick was so imaginative that he painted portraits of a number of alternative future societies. We all remember Do Androids Dream of Electric Sheep?, which became the film Blade Runner, it’s paradigmatic street scenes of a semi-lawless, disintegrating city life with street vendors, constant rain, trash in the streets and crumbling infrastructure, becoming the model for countless book and film versions of the future. 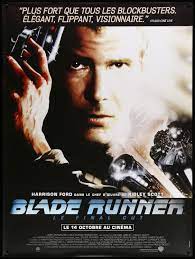 Dick’s Valis trilogy is perhaps brought to a conclusion by his posthumously published Radio Free Albemuth, which, resurrecting shades of 1984, has a paranoid U.S. president, an obvious allusion to Richard Nixon, using Orwellian societal mechanisms to control society, whose only salvation is offered from Valis, an extra-terrestrial power that fosters rebellions among the nation’s young.

Besides the themes of social control and powerful non-human agents from space, another of Dick’s main issues was the development of artificial intelligence to the point that we could no longer distinguish androids from humans, including whether we, ourselves were one or the other. In Time Out of Joint, the character lives in a false reality, constructed to fool and control him. That the reality we experience may be an illusion is a central idea among many of Dick’s works. It is a theme of many of our most significant modern-day science fiction novels, such as Greg Egan’s Permutation City and a host of William Gibson stories from Neuromancer to Mona Lisa Overdrive echo, by creating characters who are so immersed  in a cyberworld that it becomes the only reality they know. In Agency, Gibson’s latest, his artificial intelligence agent, Eunice, an AI is so potentially powerful that superpowers in the present and in an alternative past compete to possess her, presents the dilemma of humans creating an AI, which is so advanced that they no longer control it.

Which brings me to my latest novel, Ezekiel’s Brain. It’s 1984, Blade Runner, Agency and the 79 episodes of the original Star Trek series rolled into one. Ezekiel is an “emulation,” an AI created by scanning the brain of its creator into computer circuits. But Ezekiel has a competitor in the AI world, Wanderer, a superintelligent AI created by DARPA, the U.S. Defense research agency, to give them control of the cyber world. The attempt to make the powerful DARPA AI “friendly” toward humans backfires and Wanderer decides the world is better off without our species. Two hundred years later, when faced with an electronic mutation among its race of AIs, Wanderer’s descendants decide to resurrect Ezekiel, the human brain emulation to give them the instincts to wage war against the mutants, who are rapidly consuming everything around them to make more copies of themselves. That’s enough of an introduction to the novel, but if you read it, you’ll be able to trace its sources from Isaac Asimov to Philip K. Dick in the history of science fiction. Science fiction is not simply a genre, it is a way of thinking that allows one’s imagination to roam over serious questions, keeping in mind real science, but exploring its limits and the social implications of its new developments. That’s what I’m aiming for in Ezekiel’s Brain.  A long history of gloriously imaginative science fiction writers provides me with superlative examples of where I need to go.

Want to read more from Casey Dorman? Subscribe to his fan page to get regular updates on his writing and read his latest ideas. Subscribe here.