Philip K. Dick on My Mind 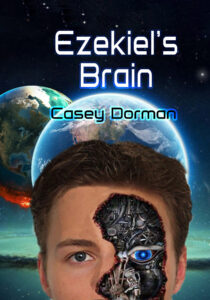 Over the last several decades, science fiction has merged with fantasy and retrovisionary techno-fiction (e.g., steampunk), to expand its subject matter and fan base. The diversity is a delight to the mind, at least to mine. But, truth be told, my heart still lies with the mind-bending twists on social issues and human foibles, paired with a real science grounding that characterized classic scifi by writers such as Arthur C. Clarke, Isaac Asimov, Frederick Pohl, Theodore Sturgeon, and of course, Philip K. Dick.  Dick’s writing wasn’t hard science, but it used imagination to turn science issues of the day around backwards and create a mirror for society to see what would happen if…

For Philip K. Dick, whose own life was characterized by a bit of paranoia (but probably based on a realistic assessment of his time), a powerful and sinister ulterior force which might be from space or from within the government (or both), which watched, listened and controlled events was a theme of the highly acclaimed but puzzling, novel Valis. A highly controlled autocratic society, was a common theme, sometimes involving time warps or drug revelations, always questioning the nature of reality in such classics as Ubik, The Man in the High Castle, The Transmigration of Timothy Archer and Flow My Tears, the Policeman Said. Not only did Dick’s novels question reality and time, but personal identity. Do Androids Dream of Electric Sheep?, the basis for the film Bladerunner, has its main character not only wondering if the woman he loves is an android who is unaware she’s not human, but if that might be true of himself.

Many of Dick’s themes fascinate me, especially his ideas about dictatorial control and about artificial intelligences and their sense of identity. I’ve tried to capture his social themes in my novels, Where Have all the Young Men Gone and 2020. I’ve explored the consciousness and identity of a computerized brain in I, Carlos and now in Ezekiel’s Brain.

I am a believer in the idea that the human race will eventually be superseded by a machine race, better able to withstand the lethal changes in weather, infectious agents, and food supply earth is in store for,  and not subject to the limitations of reproduction through sexuality,  which seems to be reducing our race almost exponentially. I’m fascinated with how such a transition will happen and what the first machine superintelligence and its immediate successors will think about their lives and their purpose.

My new novel, Ezekiel’s Brain explores this subject. It’s main character, Ezekiel, is the brain of a neuroscientist, uploaded into a computer, who finds himself awakened in the future in a world populated by a race of artificially intelligent androids, the descendants of the AI that wiped out the human race, who need his help in their war with an electronic mutation in their midst. Hard science, techno-political-thriller, space opera, it’s all of these things, plus a philosophical novel to boot.