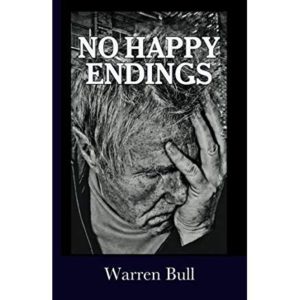 One definition of noir is "no happy endings." In this collection of nineteen short stories by multiple-award-winning author Warren Bull, don't expect any last-minute reprieves. They aren't going to happen. Dark desires spiral down toward disaster. Bad choices lead toward dangerous consequences and a sucker never gets an even break. A clergyman chosen to speak for the dead is accused of murder A police detective investigating a series of seemingly unrelated murders find an appalling and very personal link between the crimes. A college student challenges a man to a deadly duel.

Warren Bull has won a number of writing awards including Best Short Story of 2006 from the Missouri Writers, Favorite Story as voted by readers of Strange Mysteries, Whortleberry Press, 2009 and the Alfred Hitchcock Mystery Magazine Mysterious Photograph contest of January/February 2012. He has more than fifty short stories in publication. He is the author three novels: Abraham Lincoln for the Defense, Death in the Moonlight and Heartland. His short story collections are: Murder Manhattan Style and Killer Eulogy and Other Stories. He is an active member of Mystery Writers of America and a lifetime member of Sisters in Crime with no hope of parole. He blogs on Fridays on the Writers Who Kill blog. His website is www.WarrenBull.com