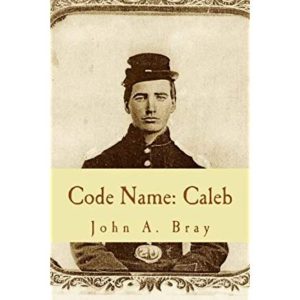 Young and penniless Johnny Madigan lied about his age to become a Union Soldier. And after surviving serious injury on the Civil War’s most notorious and blood-soaked killing fields, was recruited to work under cover to infiltrate Confederate spy rings. In this sequel to the acclaimed Ballad of Johnny Madigan, Johnny – older than his years, but much younger than believed by the army, battle-hardened and a master of espionage – is sent back to New York to penetrate an underground counterfeiting gang supplying forged US currency to the enemy South. His assignment takes him to Canada where a murderous Confederate spy ring is plotting an armed uprising to take over New York City and hold it hostage. Johnny’s dream is to return to childhood sweetheart, Deidre, who kept him alive as a destitute youth in the city’s slums, but there is more than the daily risk of sudden death keeping him from her as he enters the very heart of the conspiracy. Suspected by some plotters, he is seduced by a beautiful woman – herself a key member of the gang – whose orders are to expose him. Will the war-toughened, but still romantically naïve, Johnny see through sexy Letitia’s love ploy to complete and survive his vital mission and to be re-united with Deidre, or can the conspirators lower his guard with Letitia’s wily help, make their bold, history-changing plan succeed … and see Johnny dead? John Bray’s immaculately researched and race-paced ‘Code Name: Caleb’ thrusts the reader into the murky depths of intrigue, plot and counter-plot that became the dark underside of the War Between the States.