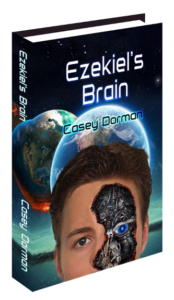 World-renown experts on AI, such as Eliezer Yudkowsky and Nick Bostrom, claim that the central problem of AI development, especially if it should result in “superintelligence,” is how to make it “friendly.” This is the problem discussed by the Machine Intelligence Research Institute as “alignment,”  a concept described by Brian Christian as   making sure the Ais we design capture “our norms and values, understand what we mean or intend, and, above all, do what we want.”

Isaac Asimov suggested one solution to the problem of creating a “friendly AI “ with his “three laws of robotics.” These were:

A robot must obey the orders given it by human beings except where such orders would conflict with the First Law.

A robot must protect its own existence as long as such protection does not conflict with the First or Second Law.

Even these laws were inadequate, and Asimov had to add a fourth “zeroth law,” which superseded the other three and protected humanity as a species:

A robot may not harm humanity, or, by inaction, allow humanity to come to harm.

A robot is faced with the “trolley problem.” A train is rushing down the tracks toward five people tied to the railroad tracks. By pulling a switch, he may divert the train to another track on which only one man is tied. What should the robot do?

The trolley problem presents an unsolvable dilemma for a robot obeying Asimov’s three laws, but not for humans. What about the zeroth law?

A superintelligent* robot discovers that people who possess a certain gene are highly susceptible to a virus that is deadly to the majority of humans, and  they easily become supercarriers of the viruses, although they are not harmed  by it themselves. These supercarriers can be identified at birth and comprise 20% of all births. By not allowing such babies to live, the other 80% of humanity can be saved. What should the robot do?

As can be seen, rigid rules do not solve the moral dilemma faced by either humans or superintelligent robots or AIs.  Eliezer Yudkowsky has suggested that, rather than create rules about what an AI is not allowed to do, we should figure out how to create an AI that “wants” (speaking loosely) to benefit humans in a way that does not kill, cause pain or unnecessarily restrict the freedoms of humans. Although benefiting humans can mean fulfilling the goals of whoever programs the AI, a superintelligent AI would be able to see beyond the goals prescribed for it to a larger picture. That means that the eventual goals of the superintelligent AI would be learned by it, not given to it by humans who have more limited vision and wisdom.

Designing a friendly superintelligent AI is, in reality, a matter of designing how the AI learns, which includes designing the scope of its assessment of external reality (how much of the effects of an action should it take into account?) and how the results of that assessment should modify its decisions. Although Yudkowsky claims that most of our disastrous AI scenarios are based on giving the AI human motivation, which is known to often be malevolent, and sci-fi versions often include malevolent programmers designing the AI for selfish ends, the actual task of designing an AI that will continue to evolve (as superintelligent AIs do) in a way that only benefits mankind, is daunting.

One solution is to create an “emulation,” a copy of an actual human brain instantiated in computer architecture. Such an AI would at least have the motivation of whomever’s brain it was a copy of. The problem would be to copy the brain of a human who, given the unlimited intelligence and resources of a superintelligence, continued to behave in a way that benefited all of humanity. Gandhi? Mother Teresa? Jesus? Such models of moral behavior are few and far between, especially considering that the ultimate goal for which the human brain evolved is to ensure the production and survival of its own genes, often at the expense of others.

In Ezekiel’s Brain, such an emulation is created, not of Gandhi or Mother Teresa, but of a neuroscientist named Ezekiel. Its motivation is the same as that of the person of which it is a copy. Unfortunately, the Defense Department is also creating a superintelligent AI to pursue its goals. AI scientist, Trudy Jamison, has the task of programming this AI to be conscious. Fearing that the goals of DARPA, the Defense Advanced Research Projects Agency, are not friendly to all of humanity, she finds her own solution for instilling friendliness in the DARPA AI. She has it learn all the professed goals voiced by history’s greatest moral thinkers and abstract the core values that underly them. She then gives the AI the goal of preserving those values.

Can you see the flaw in her plan?

I’ll give you a hint. Trudy chose to have the AI learn the values voiced by humans, rather than learn to behave like a human, because she knew that humans espoused moral values but rarely followed them. The AI quickly surmises that the greatest threat to preserving the values espoused by humans is the behavior of humans themselves.

A recipe for disaster?  You’ll have to read Ezekiel’s Brain to find out. But one more hint: Two-hundred years after the creation of the DARPA AI and Ezekiel’s emulation, the earth, and in fact the entire solar system, is populated only by robotic AIs. And that becomes a story in itself.

* “any intellect that greatly exceeds the cognitive performance of humans in virtually all domains of interest.” (Bostrom, 2014)

“Ezekiel’s Brain does exactly what a piece of speculative fiction should: it delights in being thought-provoking, ranging over issues in AI, neuroscience, politics and philosophy, and at the same time takes the reader on a high-octane narrative journey.”

“Ezekiel’s Brain is a rollercoaster of a ride around the universe, and great fun to read.”

“Brimming with just the right blend of intelligence, knowledge and imagination, the plot of Ezekiel’s Brain careers its way from planet to planet, from solar system to parallel universe, culminating in a climax set far in the future that also acts as a metaphor for present and pressing concerns.”

Panayotis Cacoyannis, award-winning author of The Coldness of Objects